by Teeth of the Sea 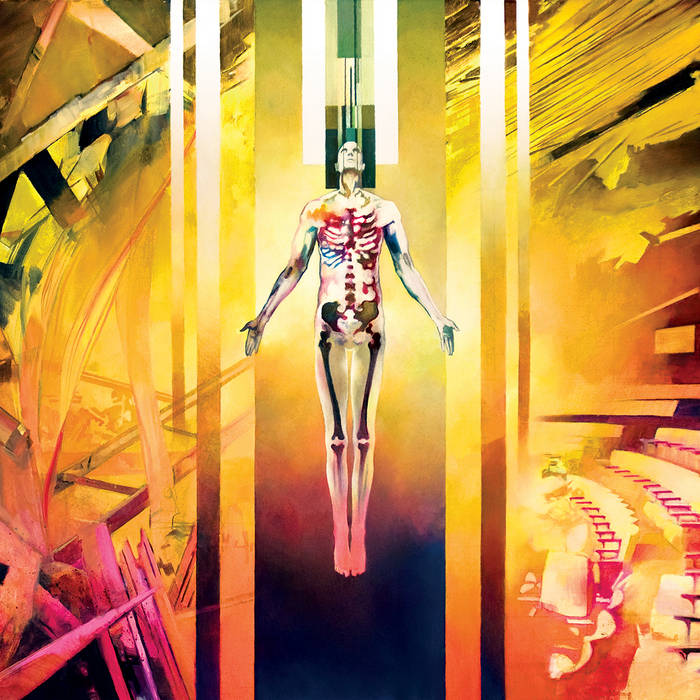 bradley ewan All up in my ear brains! Favorite track: Black Strategy.

Oddball Somewhere between prog rock and industrial electronic and always blacker than pitch, this album is a must for those who know electronic isn't only for dancing. Favorite track: Responder.

Ed Sprake I'm lucky enought to have heard this rather immense album early and is definitely a fitting follow on to their other two awesome albums. There is an obvious influence from their having worked on soundtracking various projects. This is very different to the previous albums, sometime swinging more towards the electronic led than guitar led. It is still very recognisably TOTS though, and all the more awesome for the change! Can't wait to get my hands on a copy! Favorite track: Responder.

Tim Grady Arguably one of the most original bands out there at the moment. This is a record that defies pigeon holing. Listen out for the head melting guitar riff during Pleiades Underground / Inexorable Master. A truly thrilling listen right the way through. Favorite track: Responder.

onehandeddj This is not what i would normally listen to. It's different which is what makes it special and worth listenting to. Favorite track: Responder.

From the radiant consciousness of Britain’s most intrepid sonic assassins comes a shattered mirrorball of a record fit to transform and transfix all that surrounds it in 2013 and beyond. MASTER, the long-awaited and devastating third album of Teeth Of The Sea, is an unprecedented junket into mind-melting abstraction and neon-drenched revelation.

Nearly three years have passed since the band released ‘Your Mercury’, their transcendent second album, and the four-piece have kept very busy during this period-they’ve gigged constantly, sharing stages with the likes of Goat, Circle, British Sea Power, Trans Am and Parts And Labor, collaborating live with Wire and Esben & The Witch, and taking their incendiary barrage to festivals like Roadburn, Green Man, Supersonic, Supernormal and Standon Calling.

Yet the evolution of their third album was most dramatically affected by two specially-commissioned soundtrack projects they embarked on-at Branchage Film Festival in Jersey, the band performed REAPER, a new live score to a re-interpretation of Neil Marshall’s film Doomsday, and a year later, at Bestival on the Isle Of Wight, they unveiled BEYOND THE TRANSFINITE, a tribute to Kubrick’s 2001.

In this period, the band’s experimental instincts have continued to extend in a myriad directions, and whilst MASTER nods to the established Teeth of the Sea touchstones of Throbbing Gristle, Goblin, Heldon, Angelo Badalamenti and Slayer, recent work by the like of Byetone, Pete Swanson, Raime, Powell and Prurient, alongside a long-standing fixation on the disco stylings of Patrick Cowley and Giorgio Moroder, have helped to mark out a gritty, confrontational path whereby abrasive and sparkling electronic textures do battle with waves of incandescent noise and a merciless beat-driven imperative to form a powerful alchemical charge.

From the concrete and chaos of North London, Teeth of the Sea have taken the psychic spectres of their surroundings and allied them to the apparitions of their trash-culture fixated imagination to create a laser-guided metaphysical foray, cinematic in scope.

Kneel for the MASTER.